In our increasingly globalized world, diversity is an essential element in the transformation and growth of society. Single systems of absolute values and principles are used to color the lives of large numbers of people, under the rule of royalty or monarchy. But such coherence is now rare. The progress of computers and artificial intelligence is accelerating, and if they reach the stage where they boast absolute intelligence, society and whole nations are likely to blindly follow. This work attempts to express that premonition as an immense 'floating vacant throne.' If instances of power and authority have ruled since ancient times, and the pyramids provide one example—we must ask what the future will hold. Created with reference to the forms of festival floats and portable shrines that appear in the rituals and festivities of the East, the sculpture fuses today’s 3D modeling techniques with gold leaf applications that date back to ancient Egypt. In the frontal center is an empty room, space enough for a 2 to 3-year-old child to sit, suggesting that the new intelligence is still in a young state. Shining, spherical mirrors placed at the center in front and back. Made of platinum foil, they represent 'the eyes overlooking the world,' where the frontal one faces the future and the back reflects into the past. The sculpture is made to foam a relation to the architecture of the Pyramid, designed by I. M. Pei, and the Louvre Museum. 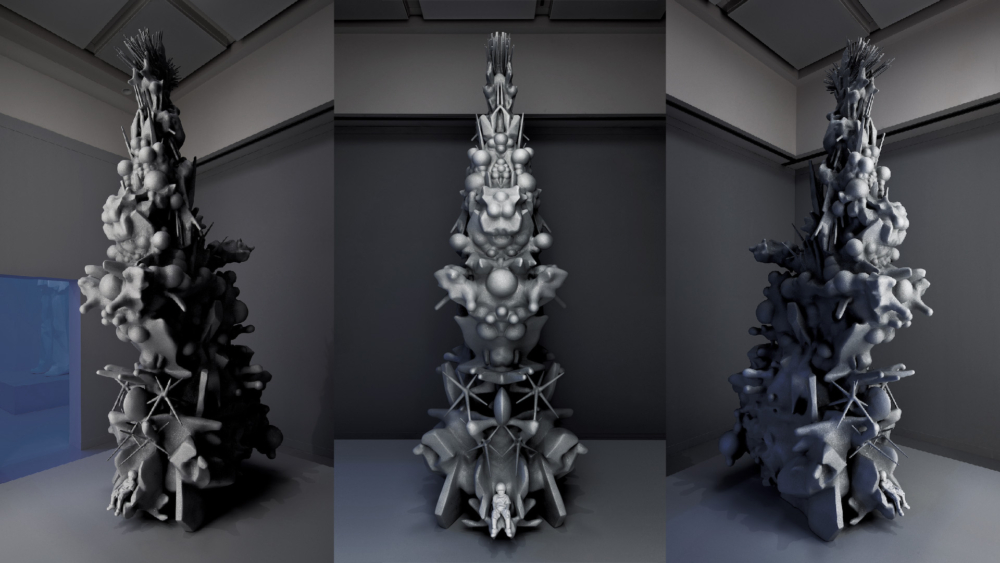 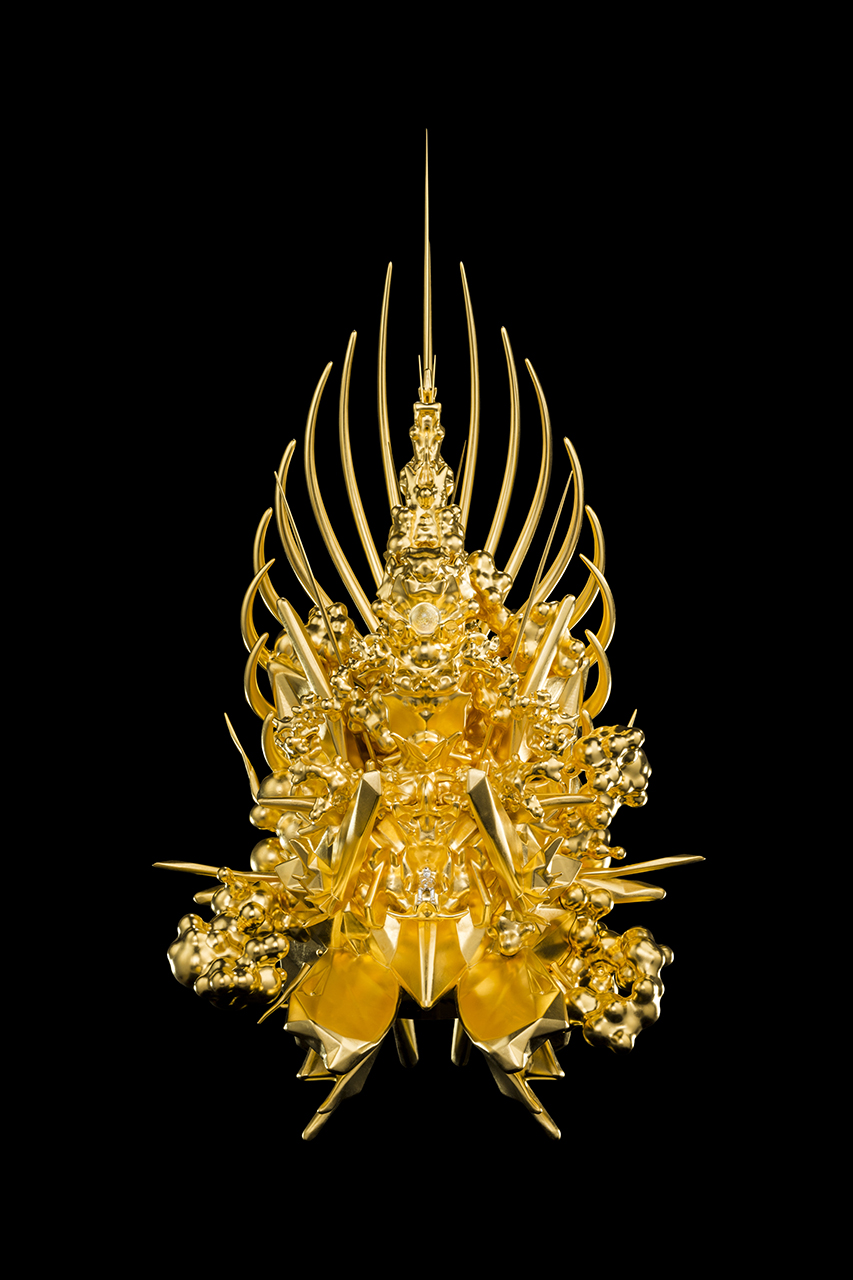 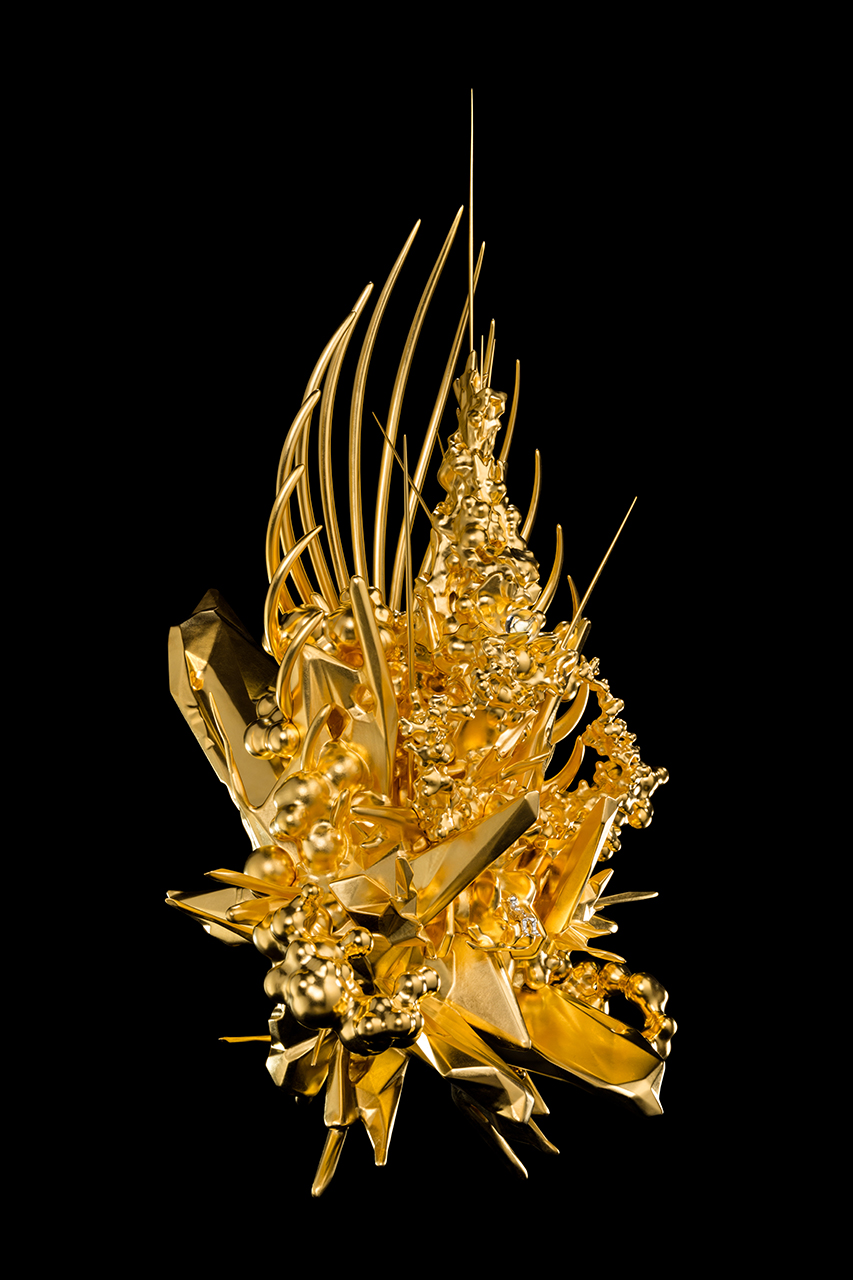 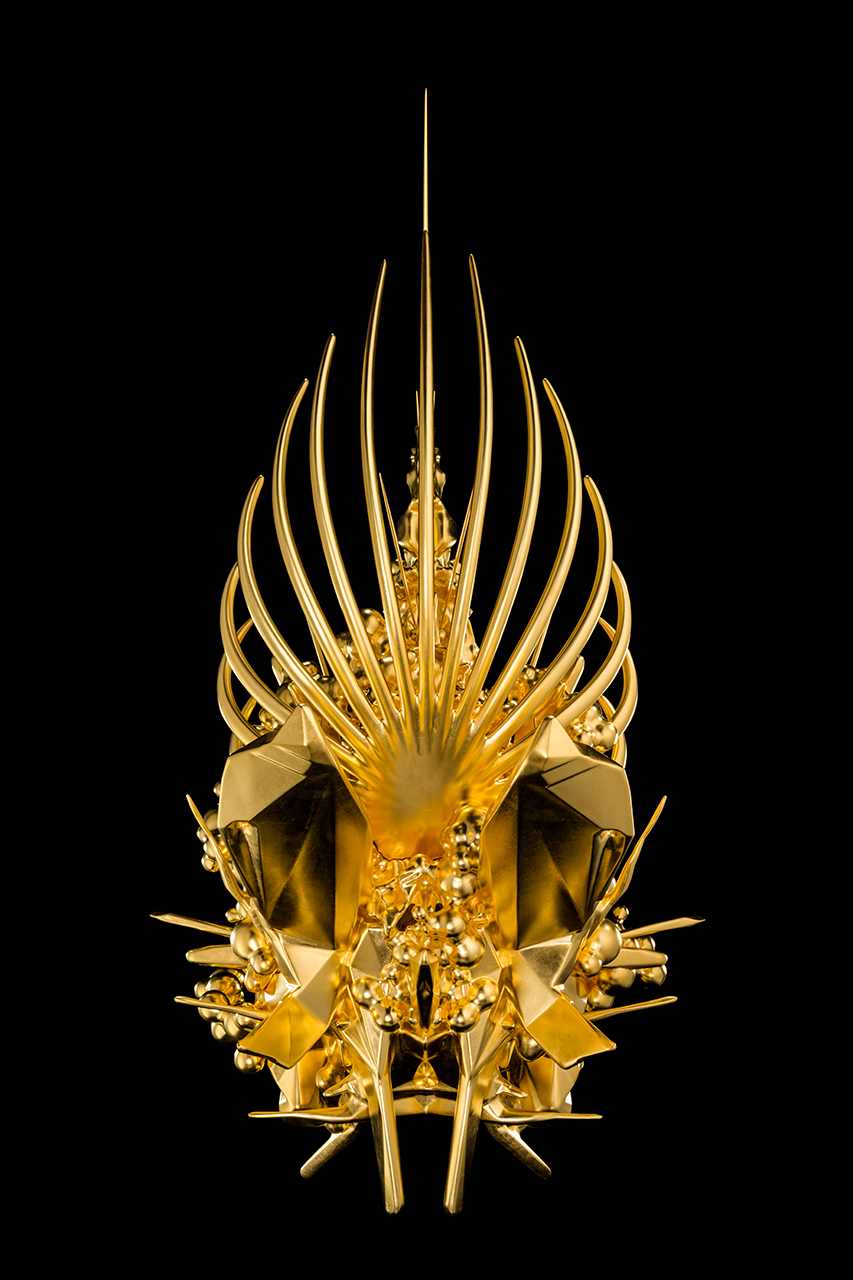 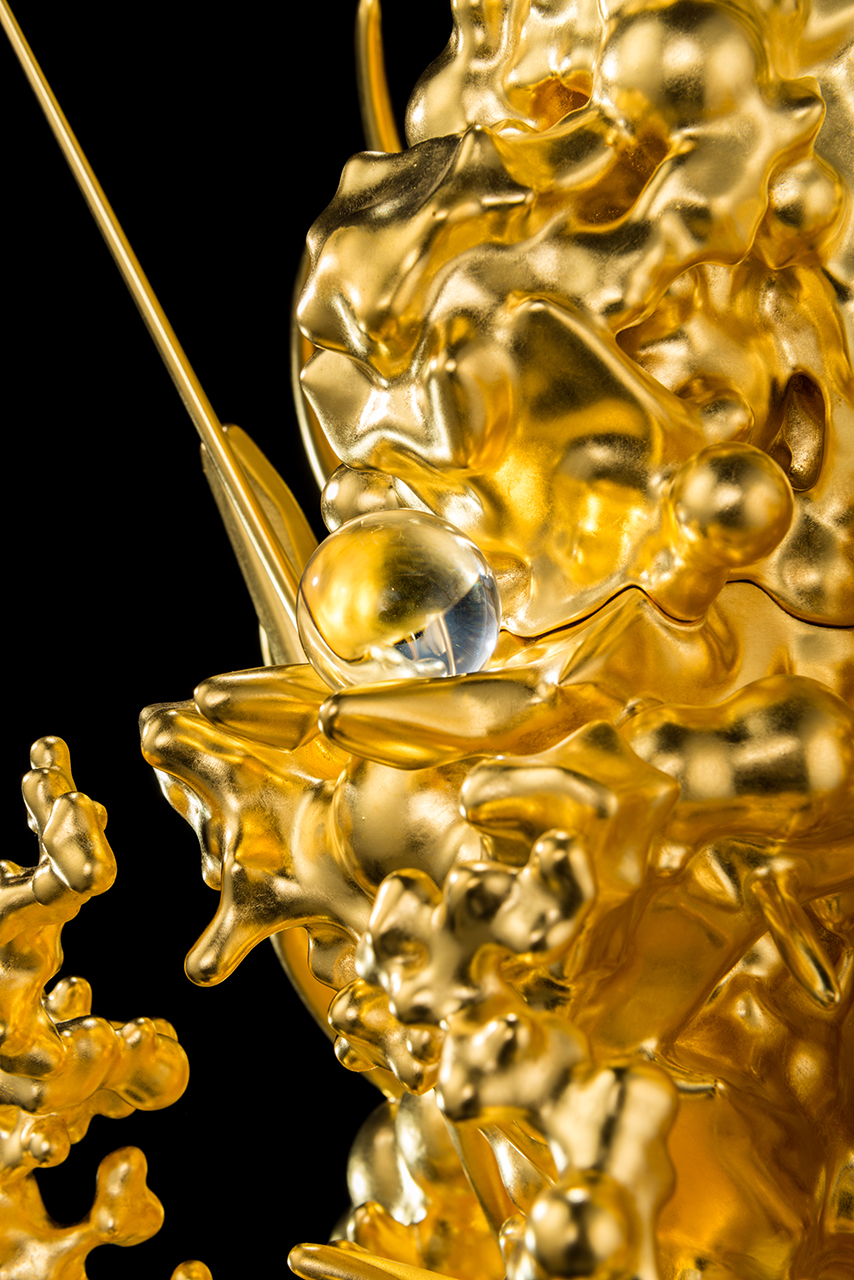 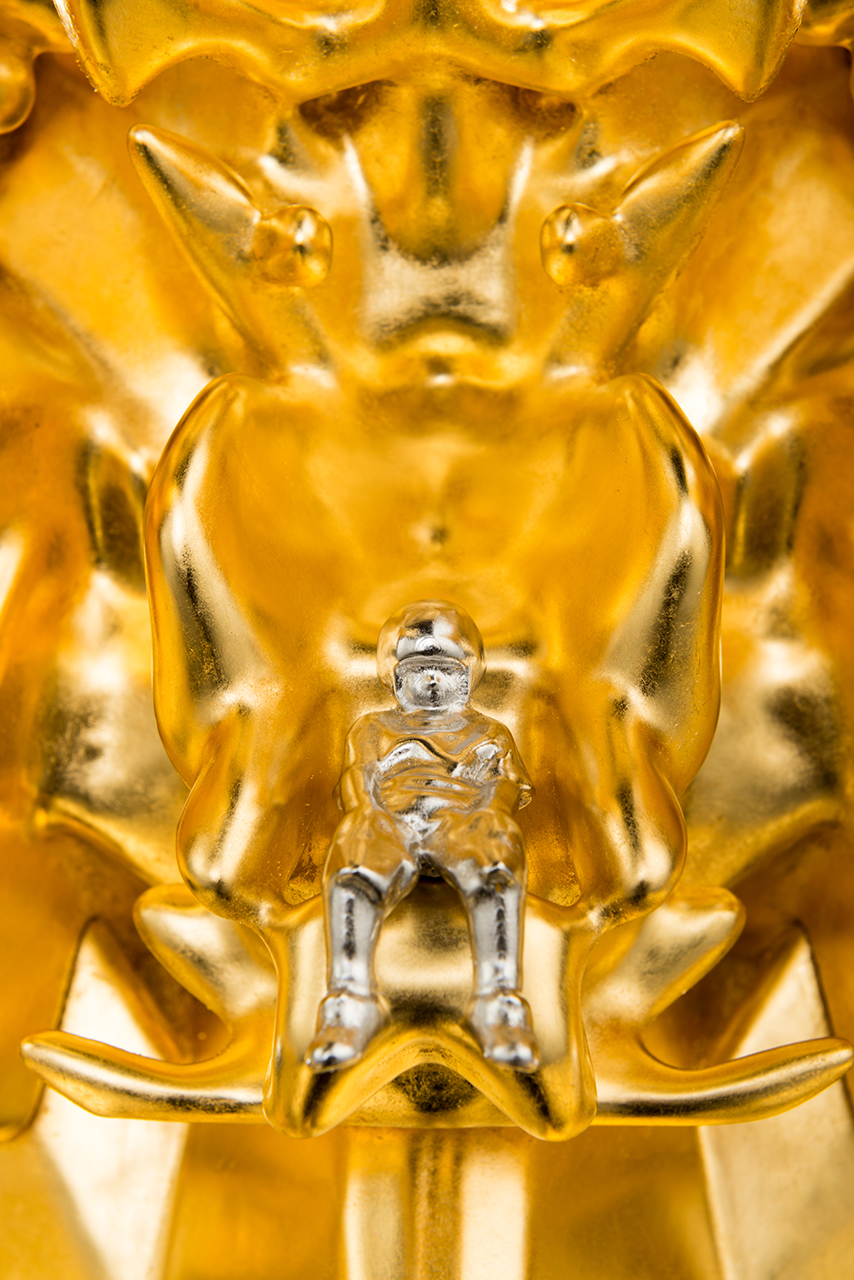 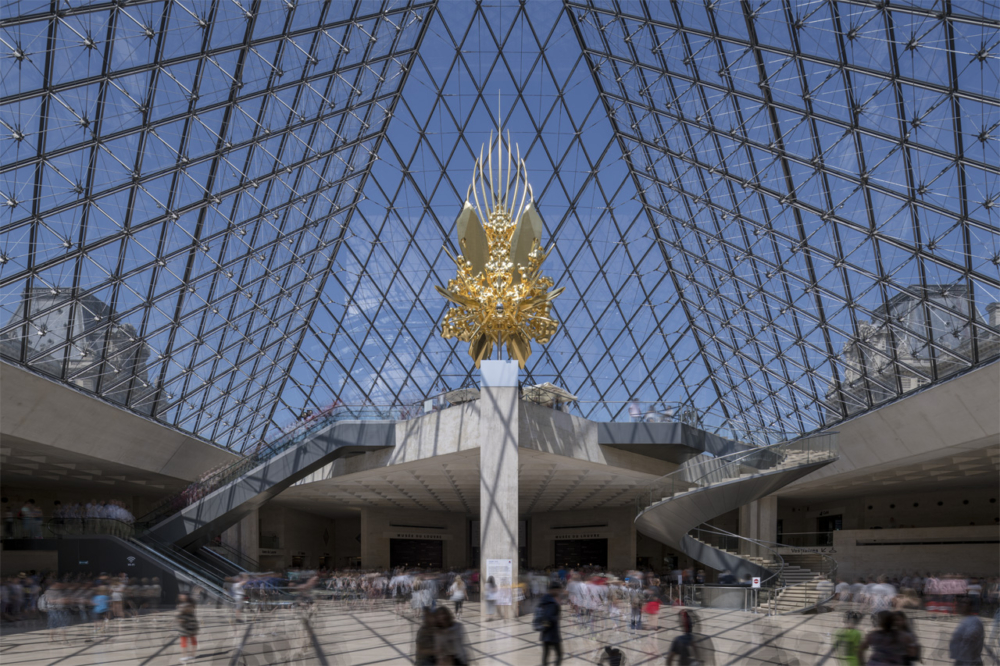 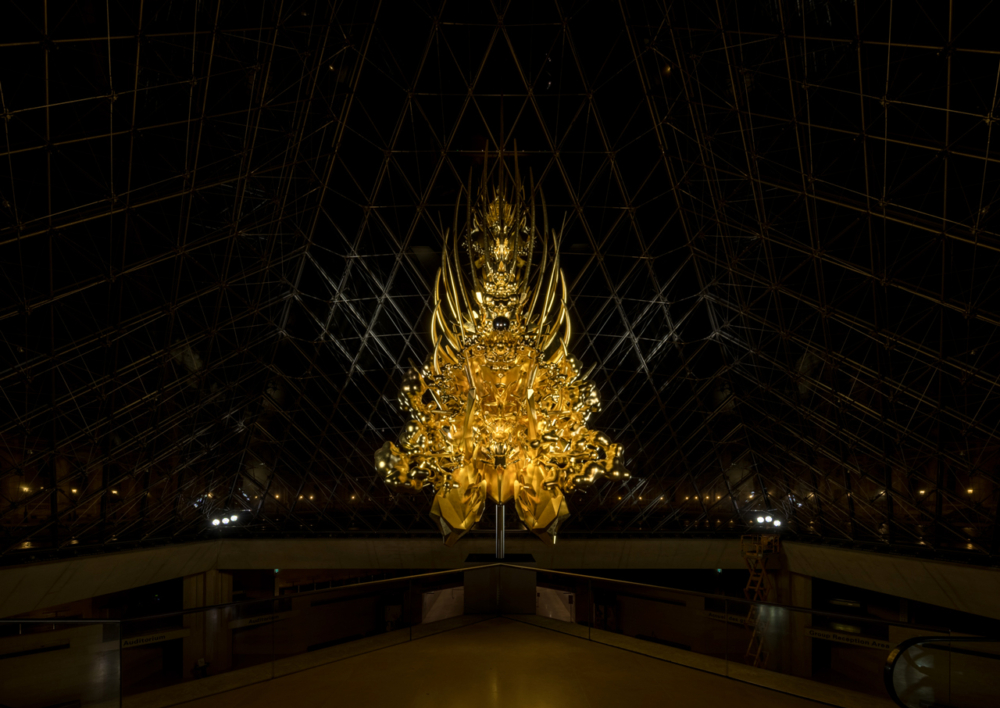 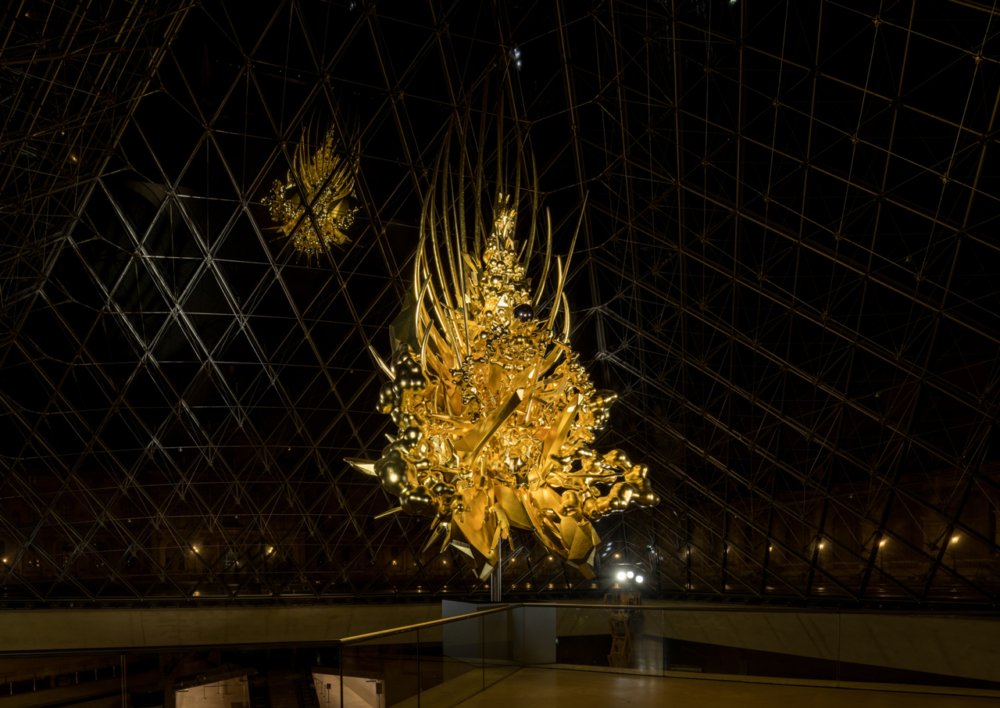 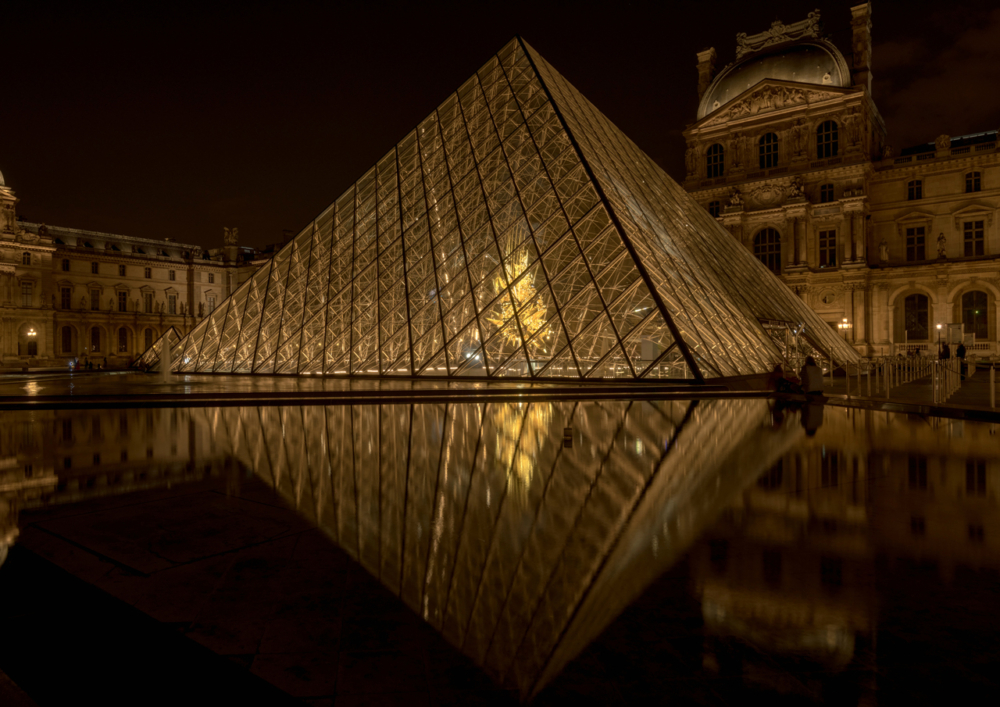